The Theory of Joy 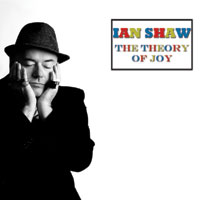 A frequent and accomplished solo performer, for this new recording Ian craved a bit of company, and what company he found… the outstanding pianist, Barry Green, legendary bassist, Mick Hutton and ace drummer, Dave Ohm, three of the UK’s very finest players.

The group has been performing an exciting set of brand new arrangements at festivals and club dates in the UK and Europe, including four recent sell-out shows at London’s Ronnie Scott’s Club. These finely honed new songs were then captured for this new release, The Theory Of Joy on Harmonia Mundi’s Jazz Village label. Recorded at Snap! Studios in North London in the summer of 2015, Ian was thrilled to have the world-renowned singer Claire Martin as his producer. The involvement of the visionary sound engineer Joe Leach on the project fulfilled another long-held wish.

The Theory Of Joy is exactly that: a collection of inspirational pop-structured songs, including extraordinary new takes on David Bowie, Lionel Bart, Jacques Brel, Joni Mitchell, Mel Tormé and even the seminal Traffic. The mood is hopeful, questioning, politicised, and honest.

As well as arranging all the material on the album Ian has also contributed three original compositions of his own, songs of happy musical memories, emotions and possibilities. All This And Betty Too recounts his early days with his great friend Claire Martin, in Ronnie Scott’s listening to Betty Carter. Somewhere Towards Love is a re-working of a song that featured on his Splash Point Records release of the same name and My Brother tells the story of Ian’s brother, Gareth (“the first baby”) who died before Ian was born.

The Theory Of Joy